The Howlin’ Wolf Management is a full service artist management company. HWM is already working with indisputable legends of the New Orleans music scene as well as the city’s up-and-coming artists on the rise. HWM’s creative roster includes:

Simply put, The Rebirth Brass Band is a New Orleans institution. Formed in 1983 by the now infamous Frazier brothers, the band has evolved from playing the streets of the French Quarter to playing festivals and stages all over the world. Their persistent production of the rich, New Orleans Brass Band sound won the band a Grammy on their 2011 release, “Rebirth of New Orleans.” Rebirth is committed to upholding the tradition of brass bands while at the same time incorporating modern music into their show. Their signature brand of brass funk has won over several generations of music lovers, and in a post-Katrina world, their name and music have become the   soundtrack to their musically rich hometown.  In the wake of the sometimes-stringent competition amongst brass bands, Rebirth is the undisputed leader of the pack, and they show no signs of slowing down.

How many artists can claim being praised a “punk rock provocateur,” “jazz vibraphone visionary” and “percussion virtuoso” in the same sentence? There’s only one: Mike Dillon. Whether through his affiliation with artists like Les Claypool, Brave Combo and Ani DiFranco, collaborations such as Garage A Trois, The Dead Kenny Gs and Critters Buggin or bands he’s fronted, including Billy Goat and Hairy Apes BMX, the Texas-native has set his own standard for 25 years now.

Known for a boisterous blend of funk, jazz, rock, and hip-hop, nothing short of seismic live “experiences,” and a whole lot of Southern charm, Big Sam’s Funky Nation might very well be The Big Easy’s best kept secret.

No other place could birth such an undeniable, unpredictable, and downright unique collective.

“By playing on these streets, you learn how to work your craft and entertain an audience,” exclaims Sam. “You can go to Julliard and Berklee all you want, but they won’t teach you how to rock a stage. It comes naturally in New Orleans. I’ve been here my whole life and rocking these streets. Even during Hurricane Katrina, I drove nine hours from San Antonio every weekend for two years just to play live. The sound out here is unlike anything else in the world. It’s not just a figure of speech—there’s music going all night, literally.”

Against the backdrop of Crescent City, the group released five fan favorite albums and quietly developed a devout following. Powered by jaw-dropping technical talent and uncontainable energy on stage, their performances have become the stuff of legend. Big Sam ensures you’re not just a part of the crowd, but “a part of the show dancing and singing along.” Beyond standout sets at the likes of Voodoo Music + Experience and New Orleans Jazz & Heritage Festival, the boys have performed at Bonnaroo, SXSW, and Austin City Limits, to name a few.

The frontman personally draws on over two decades in the game, spanning everything from 300 shows per year during his days in Dirty Dozen Brass Band and gigs backing up Widespread Panic and Dave Matthews Band to recording and touring with Allen Toussaint and Elvis Costello. Additionally, he would be sought out for a recurring role on the critically acclaimed HBO series Treme. 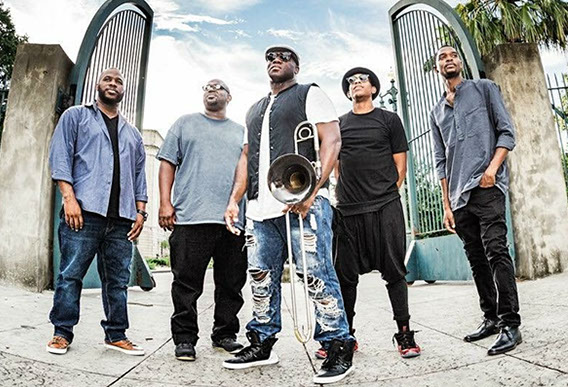 Naughty Professor is a forward thinking music endeavor pioneered by six young musicians from around the country, now anchored in New Orleans, Louisiana. Formed in 2011, the band's mission was to embody the jazz-influenced party culture of the Big Easy in a constantly evolving, high energy funk/soul outfit. Naughty Professor's live performances, which weave together complex compositions and loose individual improvisation, quickly commanded the attention of many notable musicians in town, including Chali 2na, George Porter Jr., Galactic, and The Revivalists. With fresh recorded material in the works and a rigorous tour schedule planned for 2016 and beyond, Naughty Professor is poised to soon become the next household name associated with the echelon of New Orleans music. 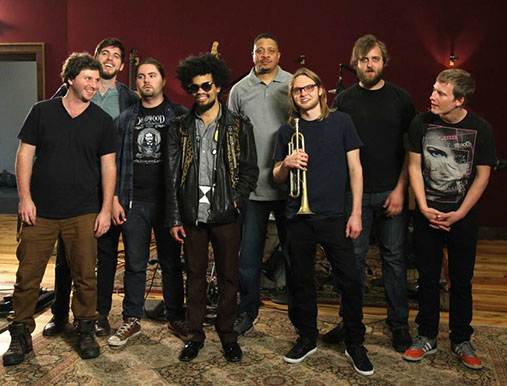 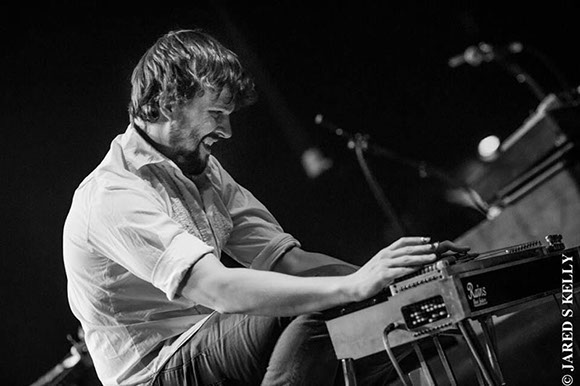 Sexual Thunder! is an American funk music act, based in New Orleans, Louisiana. The five piece band brings together elements of deep funk, rock, jazz and R&B to create grooves to keep your body moving. Spreading a message of peace, love and understanding, Sexual Thunder! expresses a fresh and unique voice to the musical world.

The Howlin Wolf © 2016 ALL RIGHTS RESERVED 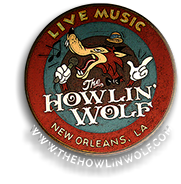